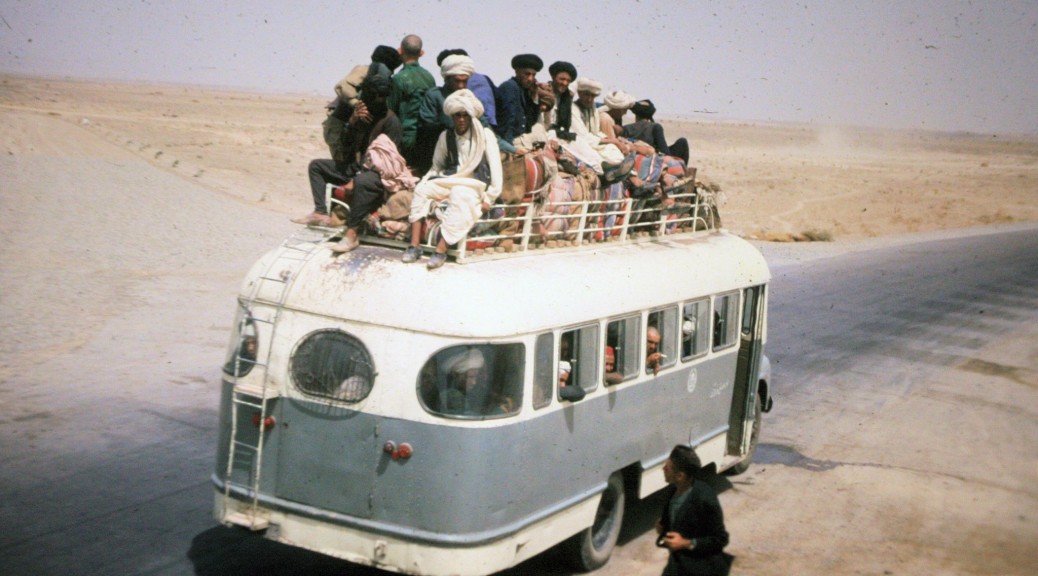 Purchased a tyre in Kandahar for about £30 which Rod thought was reasonable. Again we decided to take things very easy doing most of the driving during the night. About 6 o’clock in the evening we had a flat tyre on the front wheel off side. Rod patched this up but was not too happy about it, and sure enough after 40 miles or so it developed a slow puncture.

Again we changed tyres, for the fifth time while we have been in Afghanistan, and carried on driving through the night reaching Kabul about 7 o’clock in the Monday morning.

The weather was very hot during the day but as we gained height driving through the night it became far cooler.

When Preston Corporation sold us the Bus they also provided us with about six old spare tyres/wheels, four back and two front along with a large assortment of other spares. We were also very fortunate that Rod Plant, our Expedition Leader, was also the manager of a Burnley firm of tyre distributors. Prior to the expedition we re-cut new treads on some of the spare tyres that would stand re-cutting. Little did Rod know how much his experience would be put to the test during the expedition?

Below the map so far, Kandahar, an Afgan double decker bus and the only water we saw in southern Afghanistan 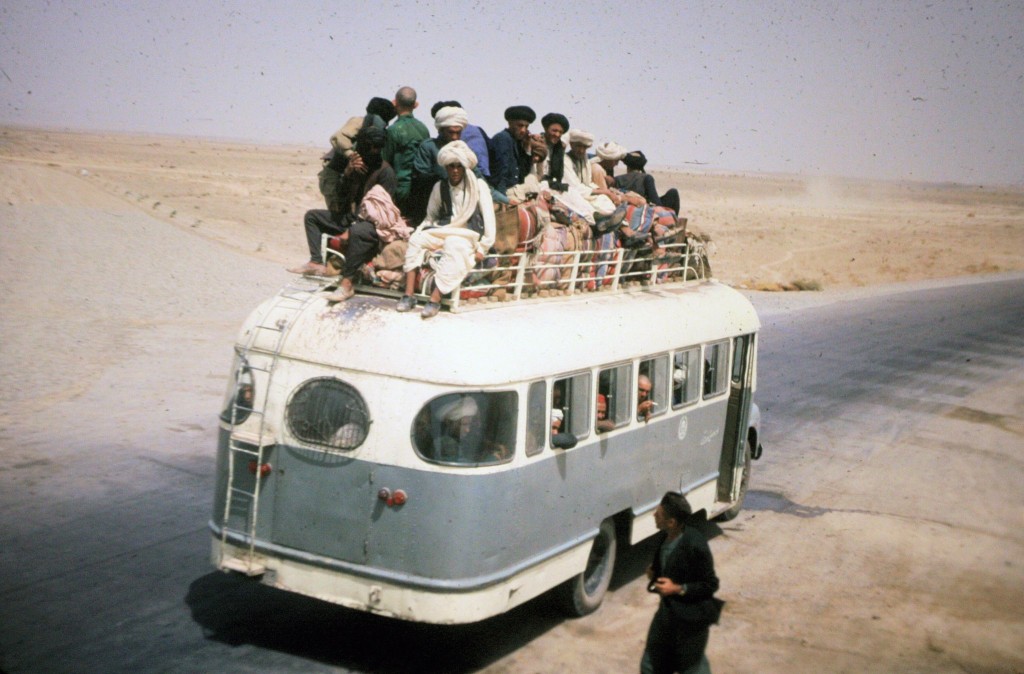 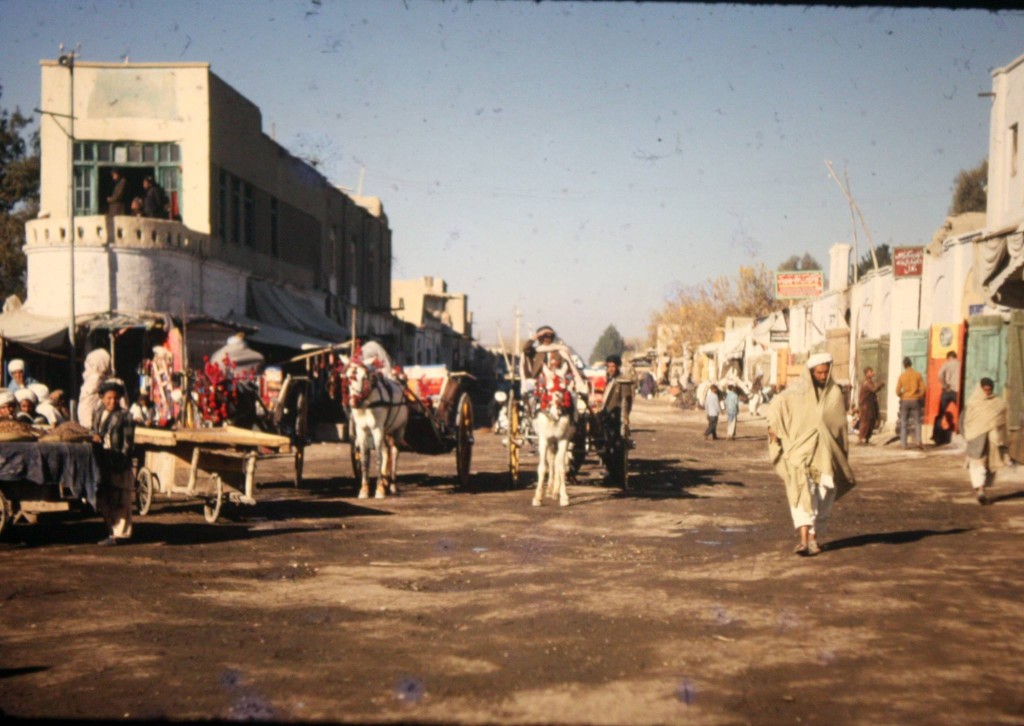 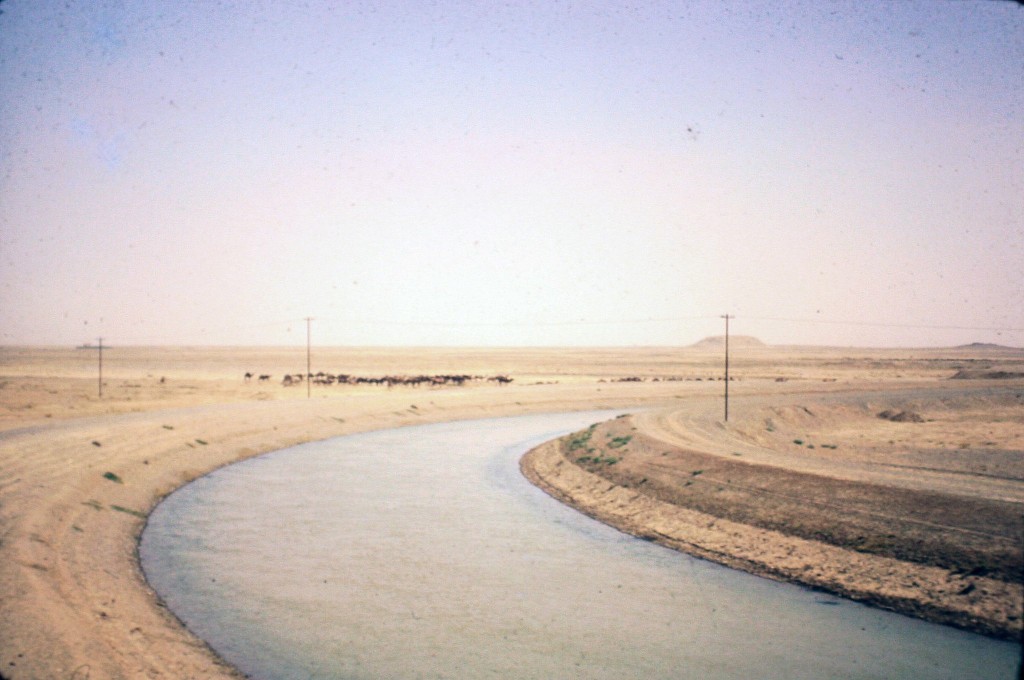