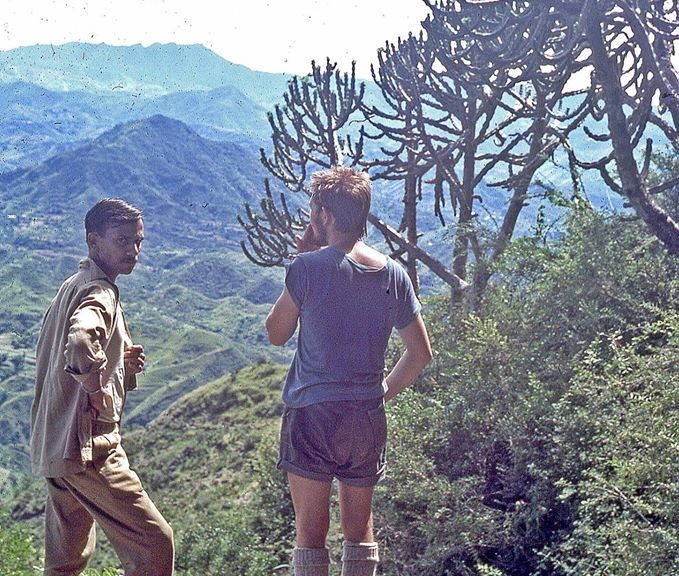 At least the weather was good enough to make an attempt at finding a few caves. Rod and I stopped back at camp and Keith, Mick, Trevor, Jim and Hodge apart went with Enerjee and the Forest Warden to visit some caves to the north of the Simla to Darla road.

Ian, Colin and Johnny were still in Delhi, on their return they said they had found three holes that looked promising. Two of these were pothole type with shafts estimated at about 25ft and 70ft. (Later to be named Gayana Cave No1 & 2 – Numbers 10 & 11 on our cave location map) The other was a rift like cave that after a few feet became too tight, although it was decided that a return visit should be made with the thinned end of the expedition.

The weather was warm with hot sunny periods in the afternoon. 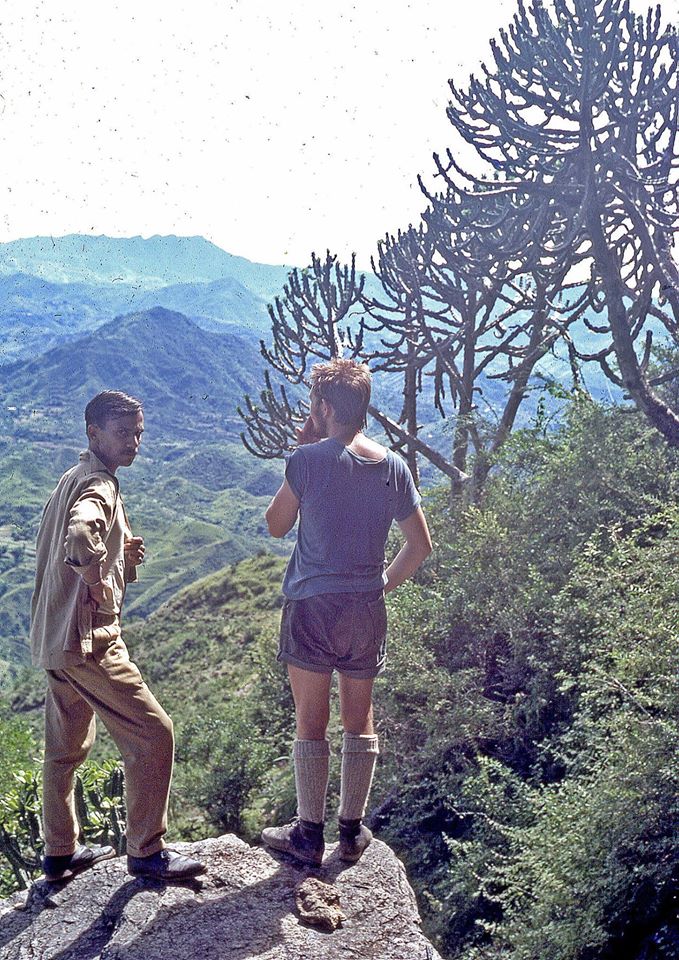 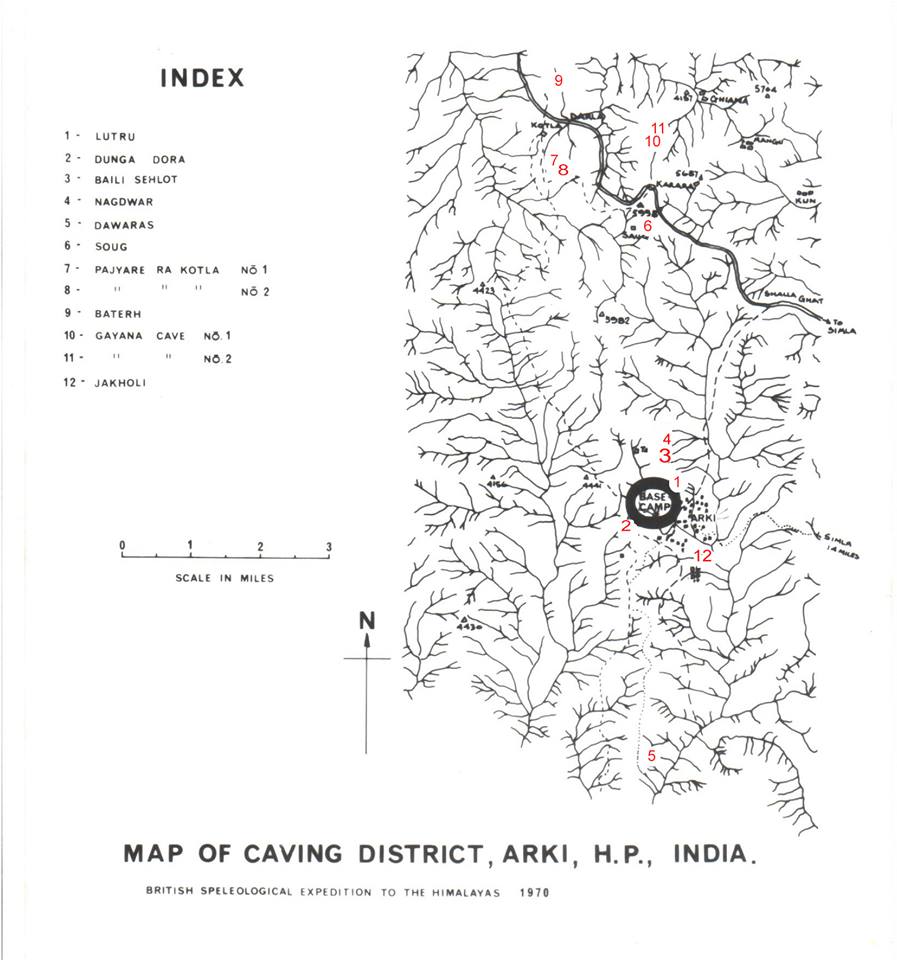