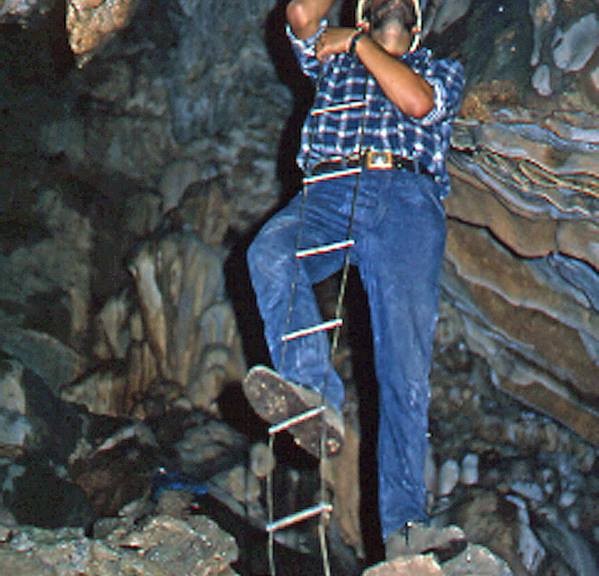 Jim and Hodge gave us half an hour start before we set off up the hill to spot the holes which had been spotted the previous day. Enerjee turn up with CID (he was the local plain clothes policeman so will called him CID) about half ten and we proceeded up the hill via Lutru. Here we met Ian and Hodge and after a brief stop for a fag and a couple of photographs, we set off together to the first of the holes. This was situated in the midst of cacti, shrub and boulders a few hundred feet below a rocky outcrop on the summit of the hill immediately behind our camp.

The entrance was four foot by three foot and after dropping one or two stones down; we estimated it to be about 50 to 60 feet deep. A large ledge could be seen about 25ft down and the pitch seemed to continue past it. Hodge was the first down and decided to leave the ladder at the ledge. I followed and found and found that the ledge was in fact a boulder slope leading down into what seem like a large chamber.

The chamber was quite large and well decorated with flowstone especially at the eastern end, where to carry on one had to pass through a hole about three feet by two feet and a half in a flowstone curtain. The passage continued for a short distance to what could be best described as a boulder choke. There were many small passages leading off, mostly in an upward direction, but none of them went much further than about 30 or 40 feet.

In the chamber there were also several passages leading off under the floor but none of these materialised into anything more than just prolonged spaces under large boulders. The western end of the chamber beyond the boulder slope there were one or two rift like passages. These however did not go very far, the whole system was like one large chamber which had at some time undergone several roof collapses thud forming one or two small side passages.

Apart from this system being well decorated with calcite there were several bats which accounted for the floor of the chamber and several of the passages being covered in bat guano.

Although we were pleased to find the cave, it was a little disappointing after such a large chamber not to have made much progress beyond it. However, Enerjee and CID seemed pleased enough.

From here we made our way onto the top of the ridge and entered onto a small plateau covered with maize and wheat fields etc. It was I one of these small fields that the second hole was spotted the previous day.

The entrance was a shake hole about 20 foot diameter and 10 foot deep with a small hole more or less in the centre. Hodge was again the first down followed by Jim then Mick. Here again after a very short drop of about 15 foot followed by a boulder slope, the hole became blocked. Jim thought that it may have been possible to dig, but we left that for the time being.

Our presence on the plateau aroused the attentions of the locals and after the decent of the first hole we managed to get them to show us other similar types of holes but unfortunately none of them proved to be any good. After spending a couple of hours rooting about we had to return back to base camp. The return journey was a little exhausting after having to fight ones way through the undergrowth.

On returning to base camp we were expecting to have tea at the rest house but unfortunately they were unable to do it, because they had to cater for 50 people that night and our request was just too much. However, we made arrangement to have a meal on Sunday.
The weather was hot and sunny most of the day. 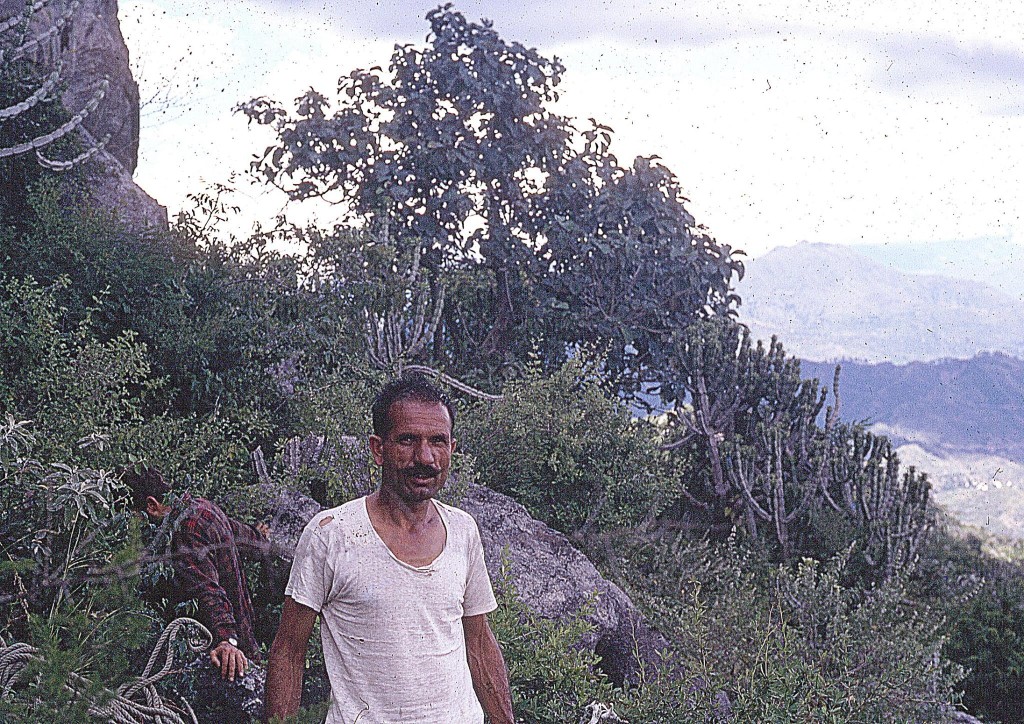 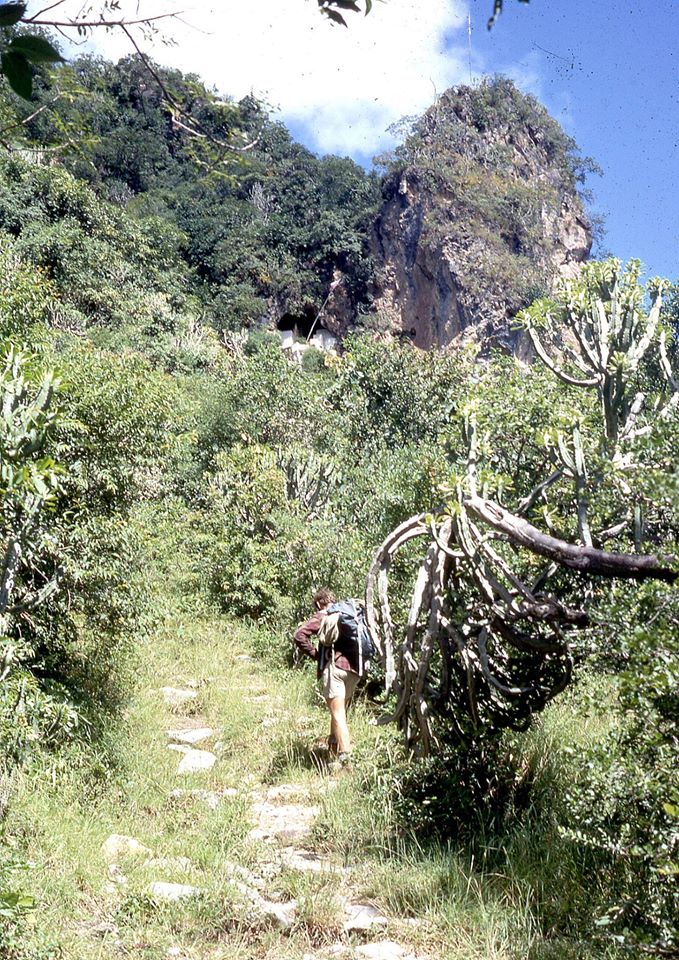 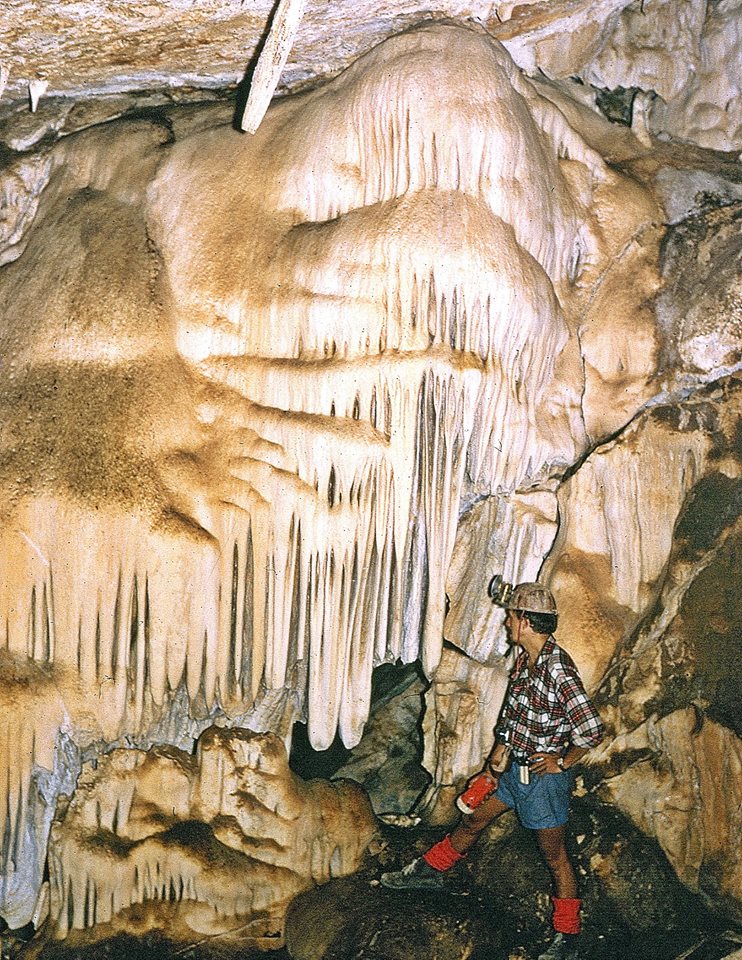 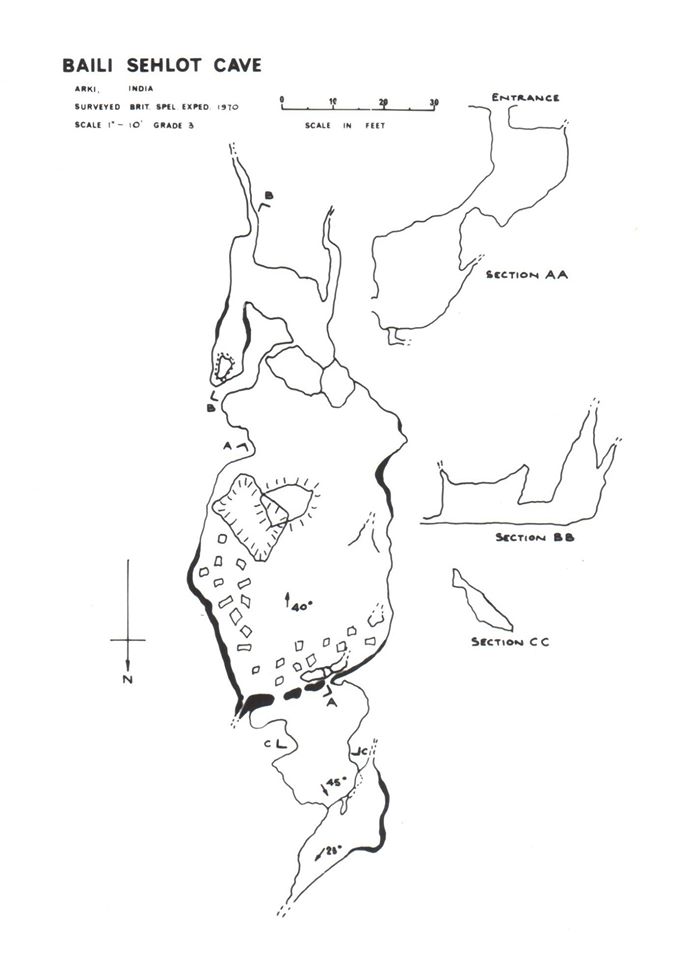 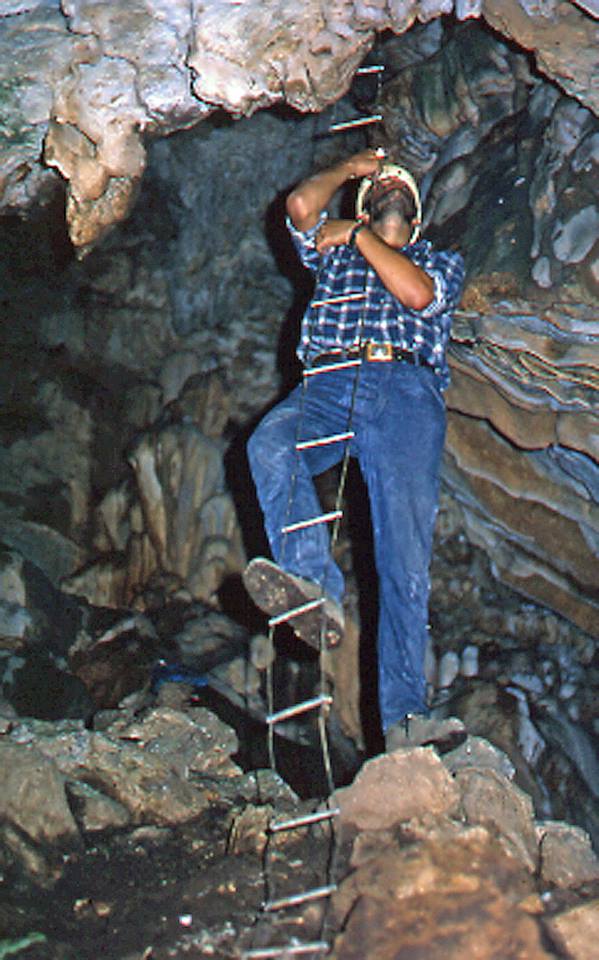