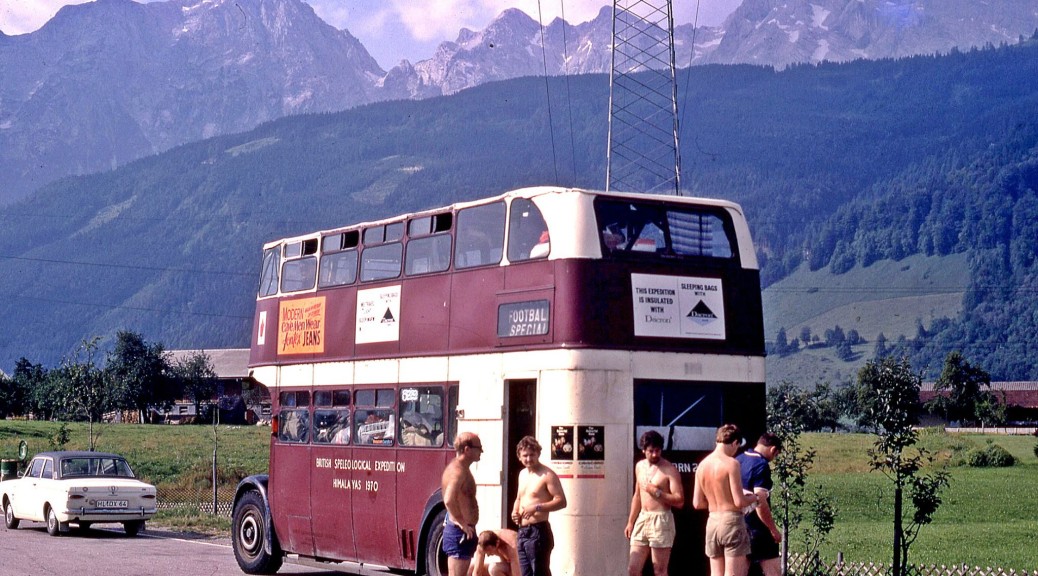 We had another early start again this morning. We drove without any trouble to Golling arriving about dinner time. The weather brightened up and became quite hot so we decided to call it a day.

The rest of the afternoon was spent swimming in a local open-air pool which was great for spotting the birds. Later on we drifted in twos and threes to a bar Jim and Ian had been to last year.

That night we camped in the bus on the road to the Radstadt Pass. During the night we had a thunderstorm which lasted all night and most of the morning. The bus was a little damp but not too uncomfortable.

I seem to remember at some point we acquired a very large ground sheet which we throw over the top of the bus and tied down when we thought there might be a storm in the night. Once we got into the hot countries there was no need for it. Somewhere along the trip we scrounged some road tar and corked the roof sheet joints, but we may have done this while we were parked up at our basecamp in India. May be I’ll come across this while I’m working through my diary. To date I’ve only got as far as leaving Tehran. Matching up our photos with exact dates is a bit harder than I thought and it’s surprising what memories it’s bringing back. 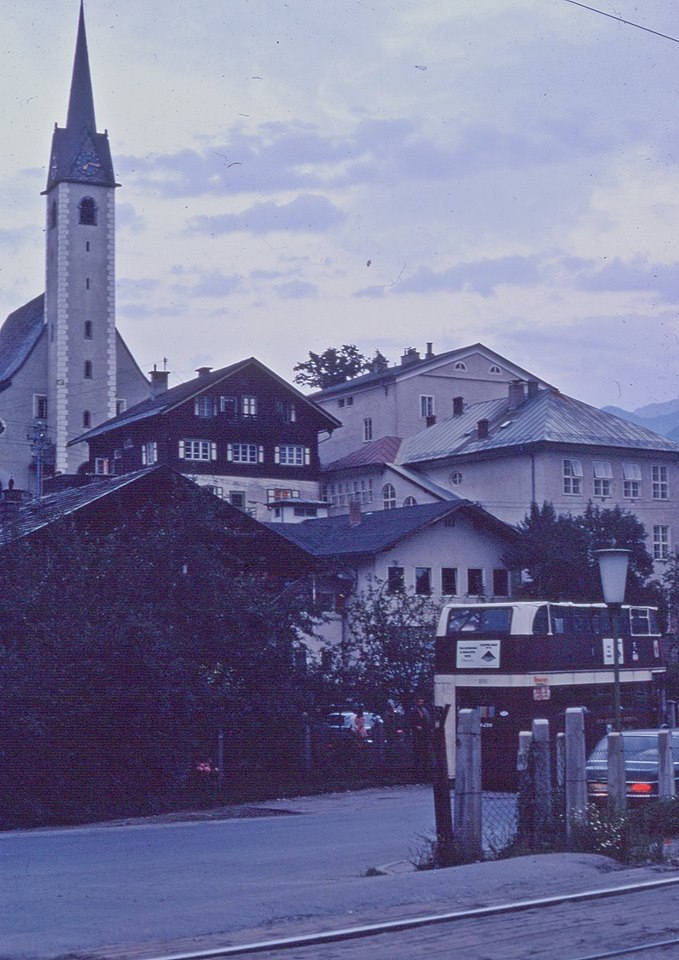