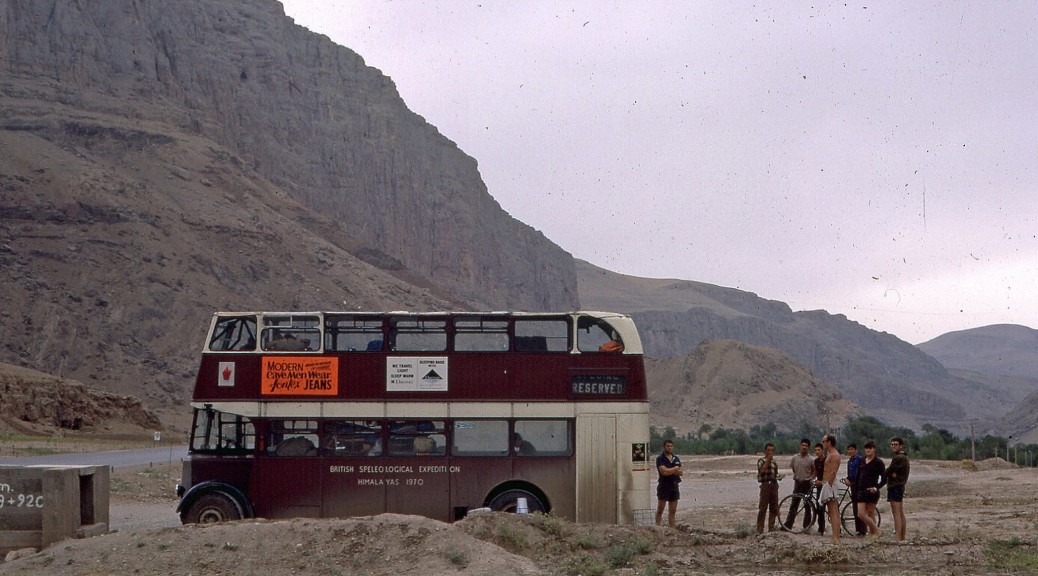 Another early start this morning the first in Iran. Ian drove for about three and a half hours after which we stopped for breakfast. Again we carried on for a short while and stopped for dinner just outside Tabriz. Jim then took over for a couple of hours before turning in for the night just short of a village called Mianeh. From Tabriz the roads were supposed to be rough according to the RAC but it turned out they were in very good condition.

Where ever we stopped locals would just pop up, stand or just sit down and stare even in the middle of the desert. If they could speak English they would try to speak to us. The concept of caving for sport was beyond them as was the freedom to travel, and giving up your job to do it, well we just didn’t go there.