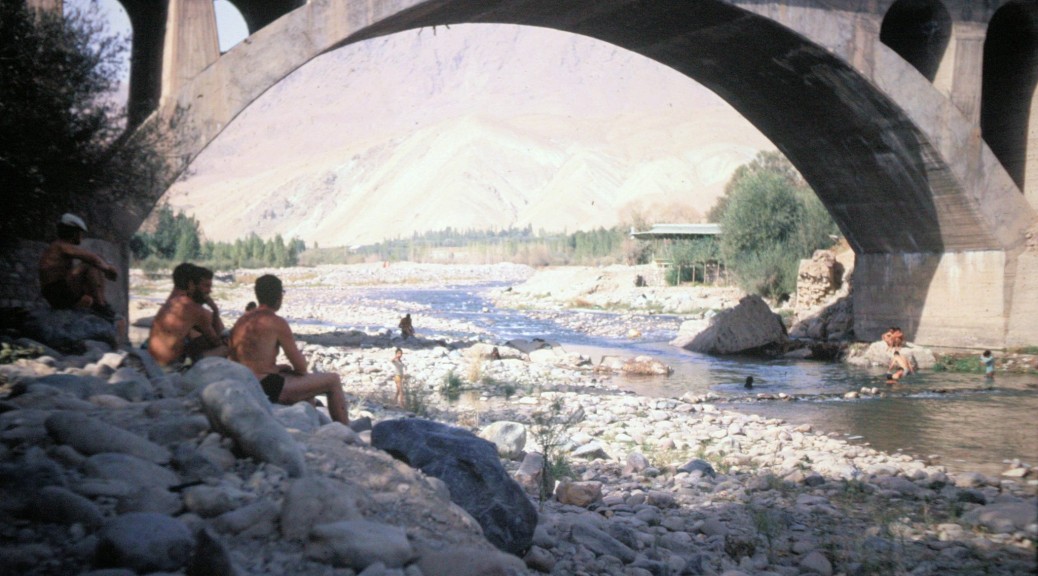 We were awoken by many cars heading out of Tehran for the coast. (The Caspian Sea just to the north) Friday is their Sunday and for the rest of the day we were pestered by hundreds of tourists.

In the morning Rod and I did a spot of fishing in the river. Rod caught a splendid trout about 18” long plus several smaller ones were I had to be content with several small ones. On our way back we had a slight brush in with the police who said we could not fish in the river but we were unable to explain to them that we had permission from the chief/guy who ran the fish farm.

The rest of the day was spent lazing about. The weather was again very hot and oppressive. 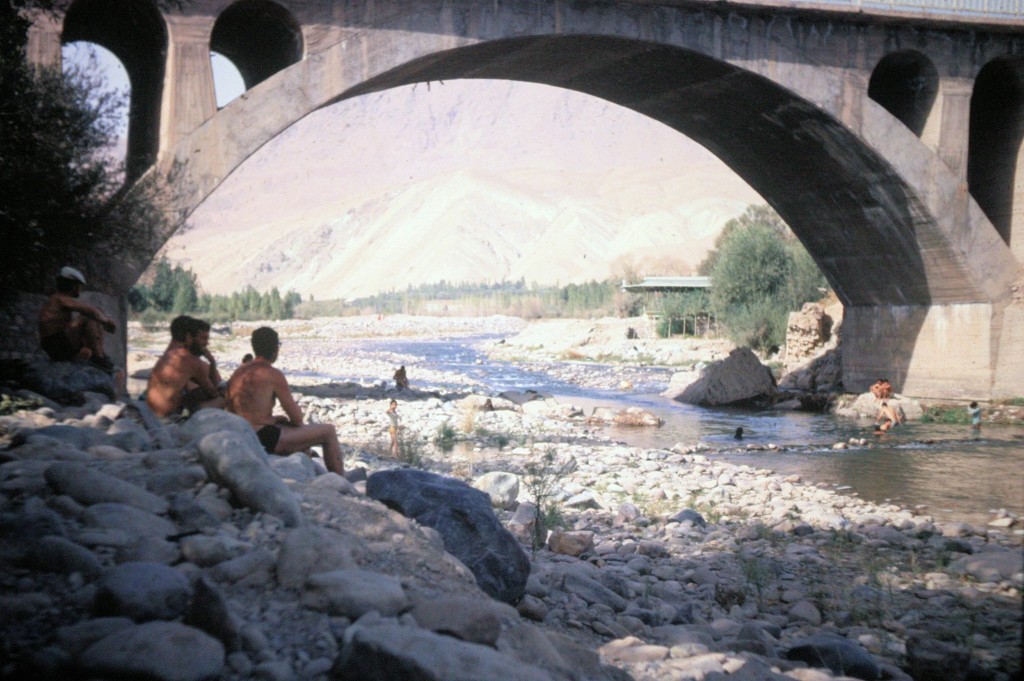