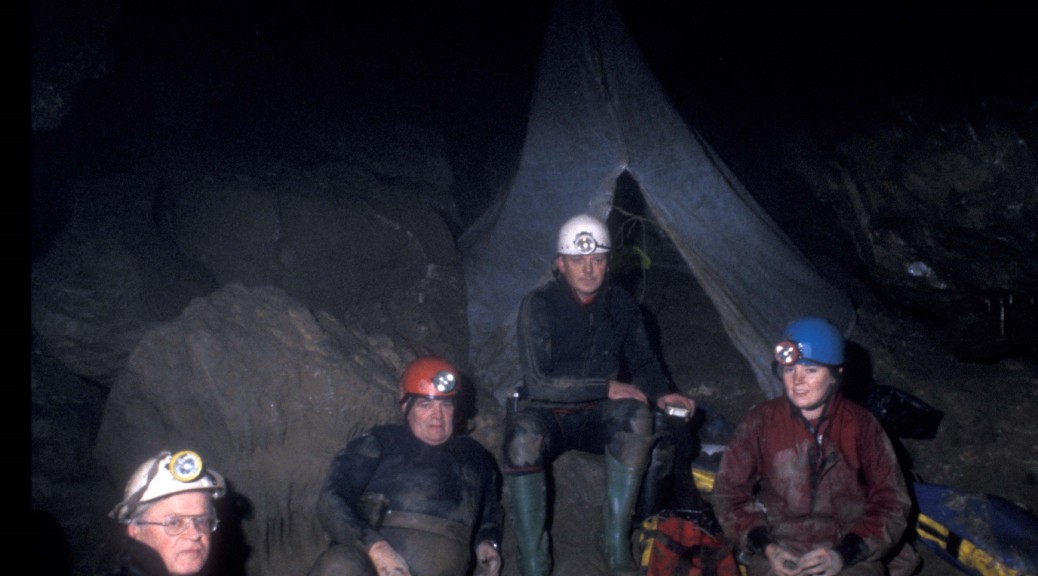 Bean Pot is a former show cave at the side of the road at Storrs Common. Around 2008 (?) attempts were made to syphon both upstream sumps. Syphoning was fairly successful in both.

The first attempt was on the small sump near the entrance (as you land at the base of the pitch head up the slope behind you past the drain entrance). This was emptied to a depth of about three metres but would need digging to progress further.

The second was on the main upstream sump. The water level was dropped for a couple of metres to reveal a small continuation in a very muddy, squalid dig – as demonstrated below, probably extending the length of the cave by just a half a dozen metres.

In the big shakehole next to Quaking Pot.

Two digs near the River Doe in Ingleton in 2007.

The photos are from the second dig, possibly Black Rising? This was pumped and then siphoned but remained stubbornly low and refused to go!

More on it’s discovery can be found here.

Around 1995 EPC members were involved in various digs in White Scar, two Earby digs and they also assisted the DCC with a third.

The Sleepwalker dig can be found by climbing up as though heading to Sleepwalker Series but at the top of the climb heading downstream on ledges to the fairly obvious dig on the left hand side of the streamway.

The second EPC dig was really a day or two’s capping in a calcited inlet on the right (as you head upstream) before the Sleepwalker climb, where a short rope climb led to a low section, passed by Alf to a second tighter section. This one would probably be worth revisiting with modern battery drill technology!

The DCC dig extended the passage at the end of the Great Rift by about 25 metres, the entire dig was in thick, horrible claggy mud. It’s almost certainly worth more work, as it appears to be in a large, old, high passage, possibly predates the current upstream sump passage, and may well be the continuation of the main cave.