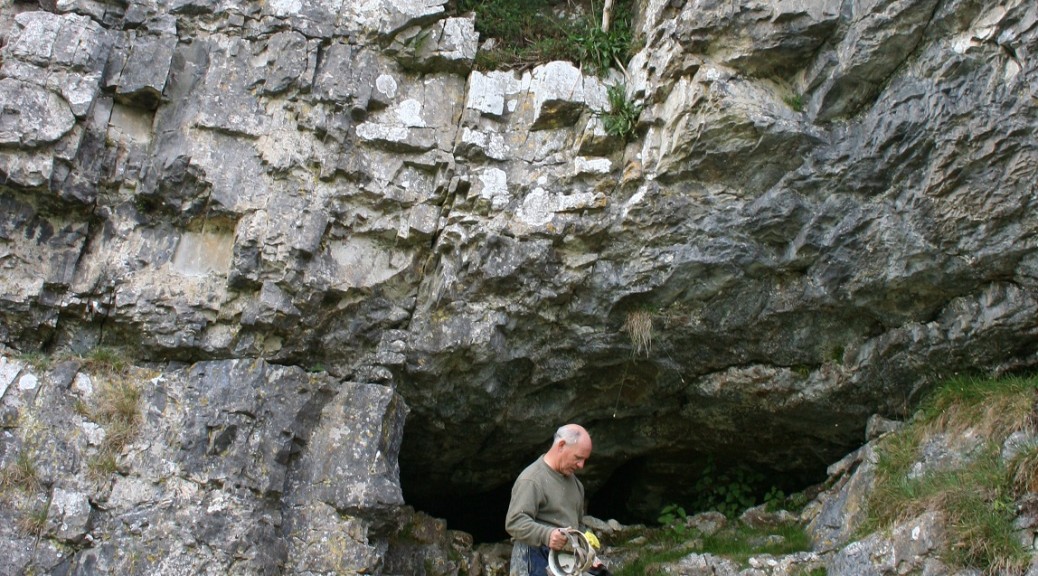 Several Earby members visited in October 2015 after a spell of dry weather.

Whilst most of us focused on making the first part of the entrance crawl a little bigger John Thorp, who had extended the cave back around 1975, headed further in to a point where airspace had opened over a sump and was draughting well. The sump is normally only passable in drought. Beyond the normally sumped area slipped blocks are encountered which require a squeeze over the top to the continuation in a low wide bedding with silt banks and pools, 15 metres beyond it was prudent to stop as deep water and low airspace was more suited to a neoprene clad caver. A noticeable inward draught at this point suggests open passage rather than the sump encountered on a previous visit.

Back at the slipped blocks a short side passage heading into the hill (on right facing out) was pushed a few metres to a tight tube needing a little digging (silt banks) with what appeared to be a run in of rocks about 5 metres beyond. At the start of this passage and continuing into it were the skeletal remains of an animal; several of the bones were recovered and later identified as a large dog. On surfacing he commented “I didn’t remember it being so long”, and everyone was polite enough not to point out the obvious.

The general feeling was that there was little point in further digging, but that a visit in very dry weather by a couple of small, fit, and neoprene clad cavers may pay dividends!

We also took a look at an old dig a couple of hundred metres to the East, on the same level, at an obvious resurgence. The area was reminiscent of Nappa, springs everywhere. and progress would probably require permission and fairly major works.

If anyone is walking up there a couple more photos would be handy! 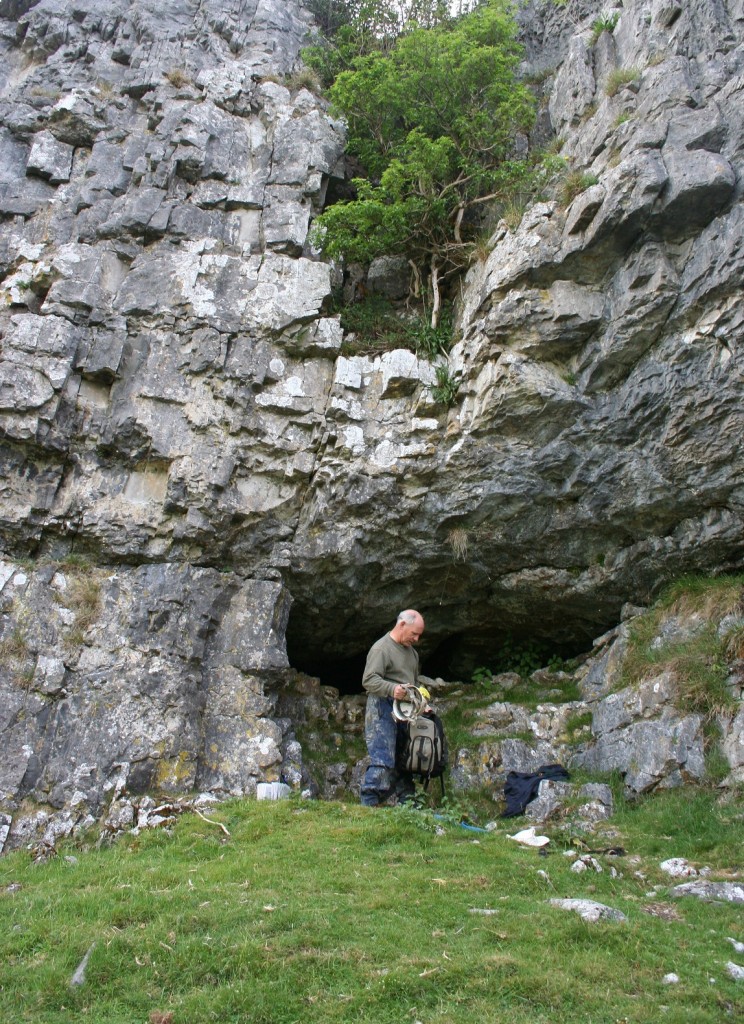