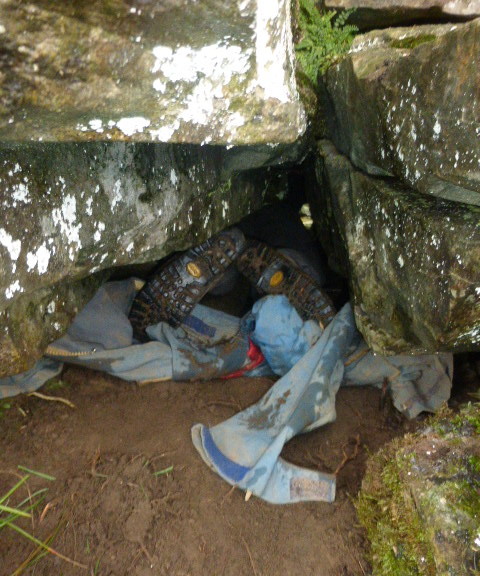 A short cave in thinly bedded limestone 100m downstream from the waterfall in the west bank above the path. A flat out entrance rises slightly in a small clean washed passage where water appears to emerge from the left from a very narrow bedding obscured by a fallen slab and sinks in a half metre long narrow slot.