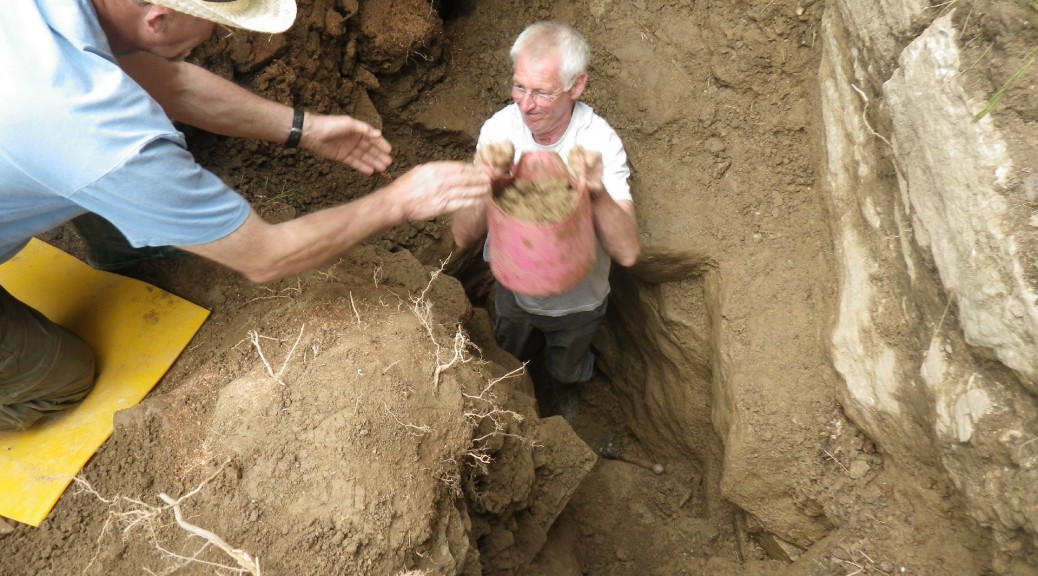 EPC members have been very active at Nappa Scar near Austwick over the last few months (Summer 2013) and as a result Nappa Scar now boasts the first known cave in the area.

At present the cave drops down a 3m entrance shaft into around 50m of wide bedding and passage.The initial shaft began at the point where the highest of many resurgences from below the scar was seen. The shaft broke into small streamway which heads along and slightly into the cliff for a couple of metres before breaking into a wide bedding and turning right into the hill. A low section was dug around fifteen metres from the entrance, leading to more open but low bedding and passing an inlet on the right before breaking into a canal in a wide arched passage after twenty eight metres or so. The canal hits another low bedding which is currently being pushed, with the way on visible for at least ten metres.

Nappa Scar Cave (a working title) is strictly dry weather only, it floods to the roof and the top of the shaft in wet weather.