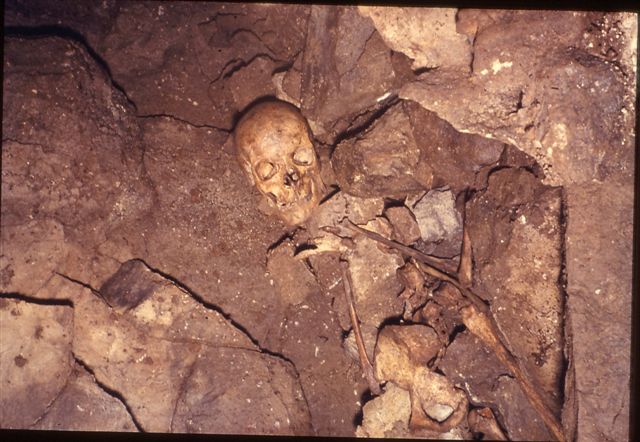 A few years later the Earby made the news again. With the discovery of a skull and human remains in a small hole near Pots Beck. (Although the copies of the articles we have are dated 1966 it may have been a couple of years later as the Mossdale tragedy of 1967 is mentioned in one of the clippings).

One of the original team described the story:

“This skull was actually taken down to the George and Dragon Pub (Barrowford) the name of the publican was Jack) the week before and had a cigarette in it’s jaw and was placed on the bar. We took it back up to Littondale as we realized that the police would start to ask questions if they heard about it. You could have hear a pin drop in the pub in Littondale when we asked to use their phone to report it to the police. The skull I think is in a museum in Leeds. I have seen confirmation of this on the net in some journal?”

As a couple of the original discoverers are still club members maybe they could add a little more detail?

Legend has it the skull was named Fred.

Apparently Malcolm Hartley mentioned in one of the articles is actually Malcolm Needham.