This we hoped would be the last day of the bad roads. Jim drove until breakfast were upon we found that one of the gallon tins of syrup had leaked covered a large area of the buses floor, the spare tyres and the carrying frames.

The roads were just as bad as yesterday and again we only covered about 146 miles. We camped for the night on good road about 62 miles from Meshed.

The weather was cloudy in the morning with a little rain during the night. Towards breakfast time it became sunny but not as hot as yesterday, there was also quite a strong wind which developed into the occasional dust storm.

Yes, plus we got it free from Tate & Lyle; 390lbs of sugar & 112lbs of Syrup. To go with this was 72 free packs of Weetabix and 50lbs of oats/porridge we bought whole sale plus any bread we bought along the way. It’s also very high instant energy. 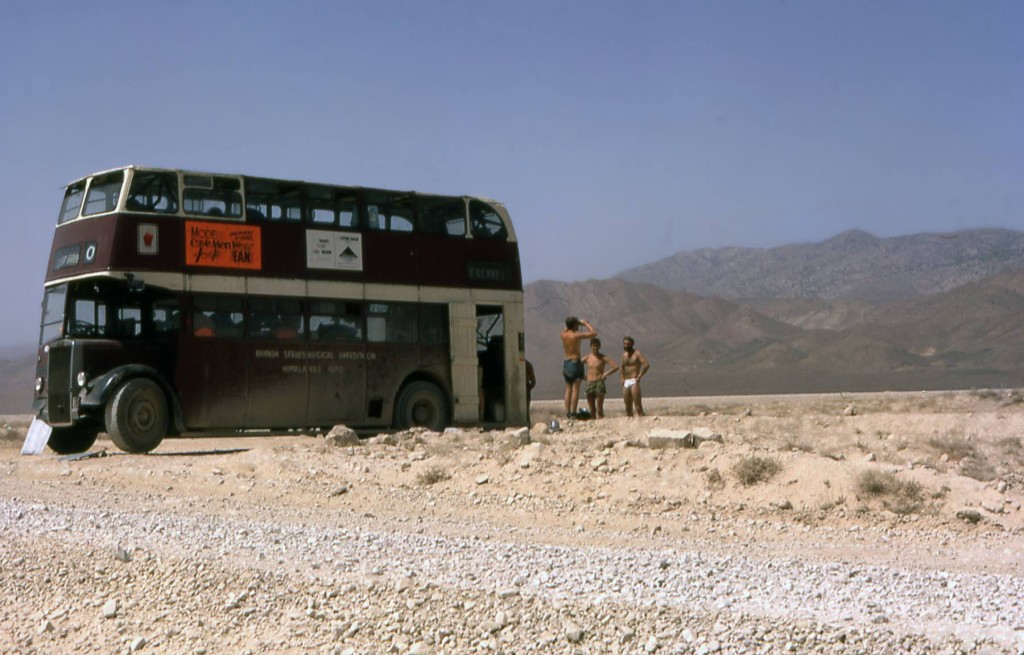