We passed through the customs without too much trouble and entered the Khyber Pass. Although the pass is of historical interest geographically there’s not much to it, in comparison to other passes we have been through. We carried on driving through the day with the occasional stop for inspecting the tyres and meals etc. At about 10 o’clock in the morning however we came to a grinding halt stopped by a 13ft bridge. To get under this we had eventually to take off the two rear wheels, let the remaining four down, and crawl under the bridge. Then put a minimal two inflated tyres on the front and back then we motored off, carefully, to a filling station. We did carry a set of diving bottles with oxygen but unfortunately there was not enough air in them to reflate all the tyres. The filling station was closed for the night so we camped in the forecourt and waited until morning.

The weather was not as hot as in Afghanistan but very humid therefore making it very uncomfortable.

Below the map so far, border check point, a village in the tribal territories, the Khyber Pass and the 13ft bridge where we had to let the tyres down. 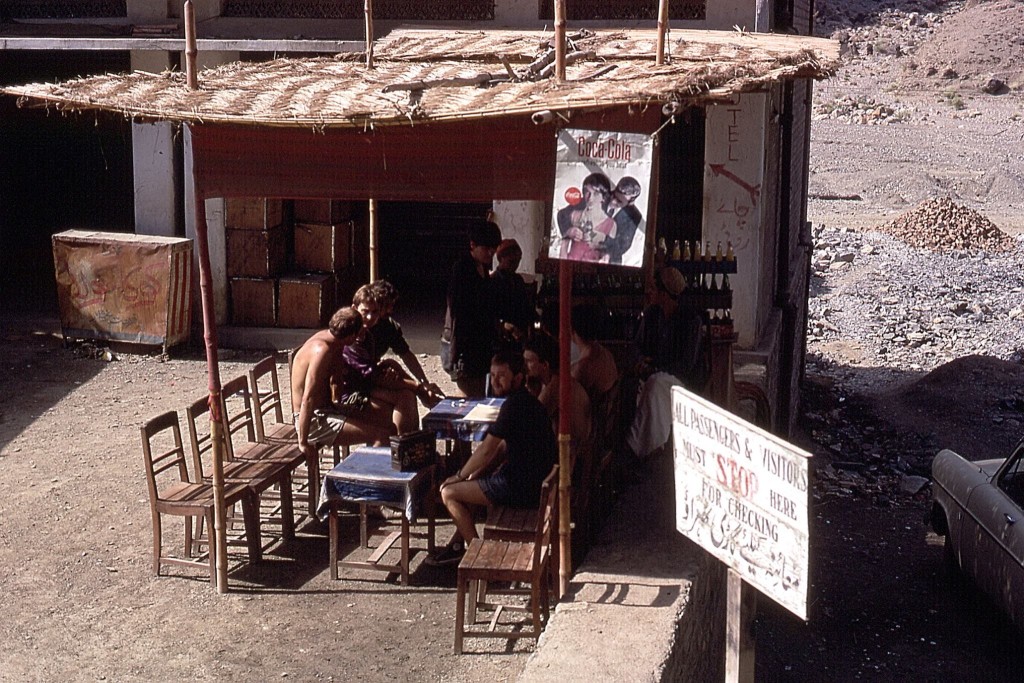 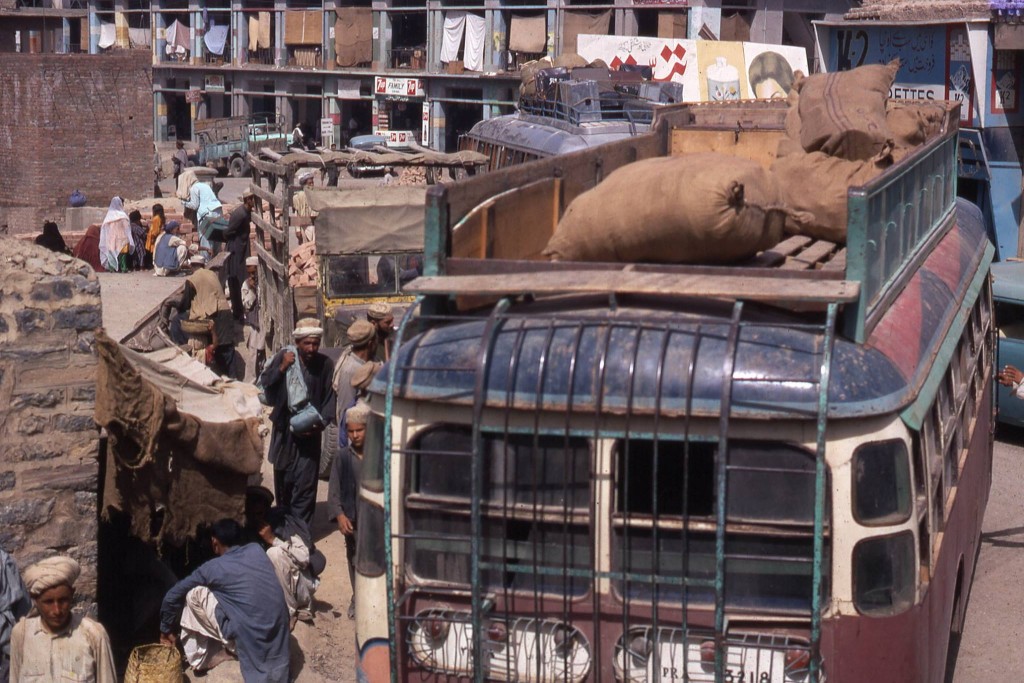 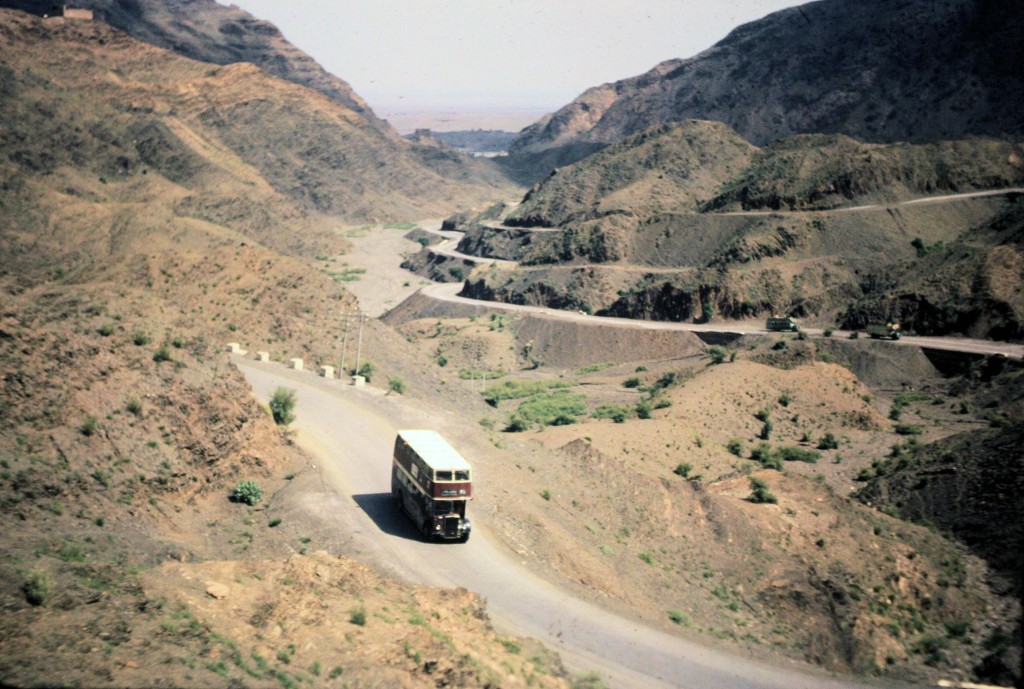 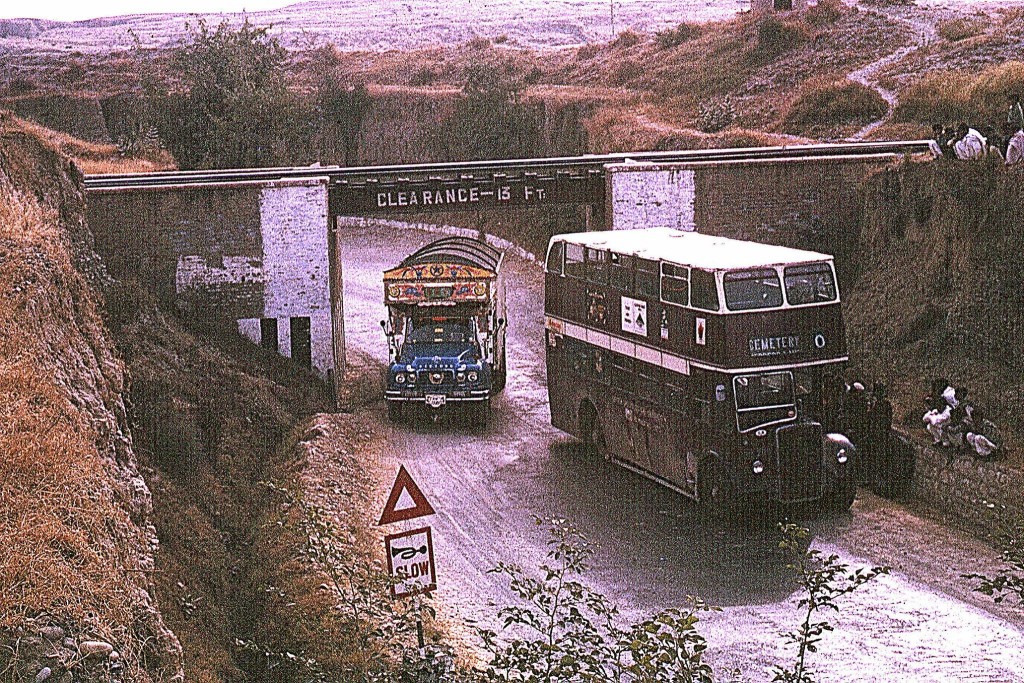