We left Arki on the 11:30 bus to Darla. The object of this trip was to photograph the cave above Pajyare Ra-Kolta after which Mick and I would camp for the night outside the cave entrance. There were no Gods attributed to this cave so we thought we might get a good night’s sleep.

The photographing went alright, that is as far as photographing trips go. Jim, Colin, Trevor and Hodge left Mick and I about 4:30in the afternoon and returned back to camp.

The night was spent cooking the evening meal, which Mick burnt, reading and writing an eventually turning in about 9 o’clock.

The weather was sunny and warm all day but during the night it stared lightening with the occasional thunder clap rolling in from the distance. Maybe the Gods weren’t that pleased after all? 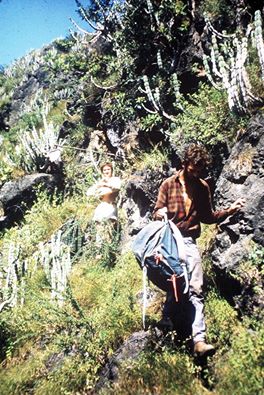