Mick and I awoke around eight, packed everything up and set off for a cup of tea in Darla. After this short stop we then filled up our water bottles and set off up the valley which runs due north from Darla. About half an hour or so after passing the cave Darla we stopped for breakfast. We followed this valley, which was shallow and rather flat in the bottom, until we reached a small village more or less on the col. Here the valley dropped again slowly at first then sharply into a large valley running east to west. We descended into this valley, after looking at a large rock shelter, and stopped for a short while to take lunch. After lunch we forded a river and made our way up the very large ridge on the opposite side of the river. About halfway up however, we had to stop for it began to get rather dark and we had to find somewhere to sleep for the night. We chose a small flat field just off the track and settled down for what turned out to be a very uncomfortable night.

Throughout the day we had not spotted any caves but there seemed to be an abundance of rock shelters.

The weather during the morning was dull and at one point started to rain, but this soon cleared up and gave way to sunshine. The surrounding high peaks however seemed to be taking the brunt of the early morning thunderstorm. The afternoon was as usual very warm and sunny. The nights now seem to be cooling down somewhat to what they were when we first arrived in India. 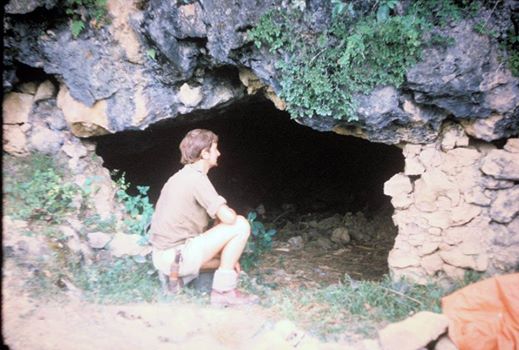 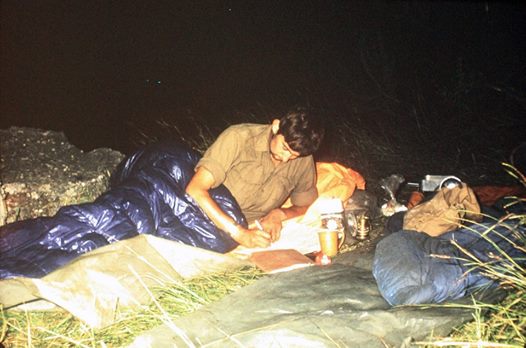