We left the Farmers place early in the morning, after taking tea with him. Half an hour later we stopped for breakfast. The route we took out of the valley brought us out onto a col more or less opposite to where we had traversed around the big peak the previous day. Yesterday we traversed the peak via the eastern side, traveling around the back via the village and came out onto a col on the western side, therefore more or less circling the peak. From the col we descended into the large valley we had crossed yesterday and joined a reasonable road, which after about six and a half miles joined the main road from Shala-Ghat to Bilaspur. Here we caught the bus back to Shala-Ghat and from there we walked the three and half miles back to Arki and base camp.

There was some good news at camp for me, I had received two letters, one from my sister Maureen and another form my work friend Kieran. I had been looking forward to receiving a letter or two for the last few days. Maureen also informed me that I was to become an Uncle round about April.

The road back to Shala-Ghat 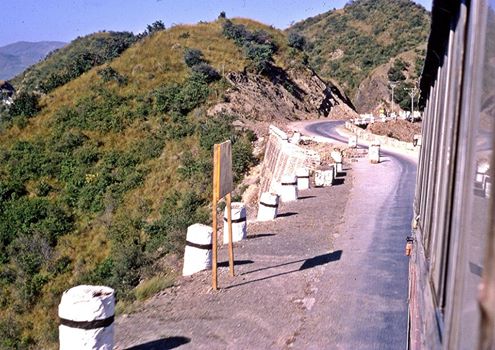