I caught the 11 to 12 o’clock bus to ‘Darla Moli’ with Mick and Trevor. Jim, Hodge and Het-Ram got off the bus just before the gap to go and have a look at a cave which Het-Ram knew about. When Mick, Trevor and I got off the bus at ‘Darla Moli’ we managed to cadge a lift on a wagon down to the bottom of the road where the valley we planned to visit meets the main one. Then we realised that Het-Ram had directed us to Mangol when we actually wanted to go to Mangu.

We decided to travel up the valley eastwards, this was the valley we had crossed on Tuesday 6th, then we took a col on the left of the valley, and descended into the next valley which brought us within sight of our real objective. As it turned out, if we had followed the valley to its head it would have brought us out at Mangu. Unknown to us at the time the main line of the valley curves round and runs in a NW – SE direction. Fortunately when we had reached the col, where we camped for the night, we saw a peak which we recognized, therefore giving us the general direction of Mangu.

We spent a cold and rather damp night on the col, about 5,500ft high which probably accounted for the very heavy dew. 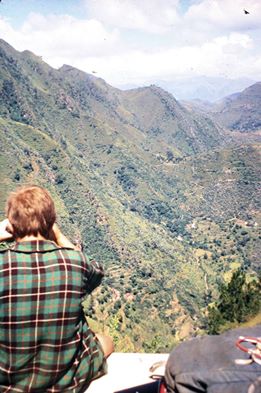 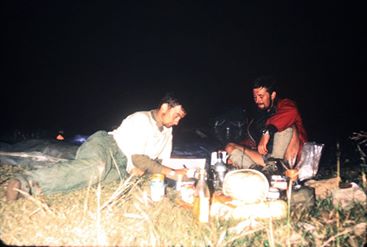