Early start, we reached the border post and passed through without too much difficulty. There was however a tremendous amount of people waiting to be cleared through to Bulgaria. This was owing to the Cholera outbreak in Southern Russia.

While we were being processed by the customs Johnny found that he had lost his ruck sack with one or two personal belongings and all his money. It was suspected that it may have been stolen last night in Bulgaria. When we tried to go back through the border post to inform the Bulgarian authorities we came up against this Cholera epidemic and could not get back though. It was decided therefore to carry on to Istanbul where Johnny could at least report the loss of his traveller’s cheques and inform the Bulgarian Embassy concerning his loss.

On the way to Istanbul we stooped to visit the Mosque at Edirne which was beautiful.

We camped for the night near the sea at Silivri. The day was very hot and Colin especially felt the heat.

During the breaks we had between the Turkish border post and where we eventually stopped for the night we met several English lads one of whom had spoken to the crew of the double decker bus we had spotted last night. Their world tour had ended at Istanbul so from now on we are on our own. 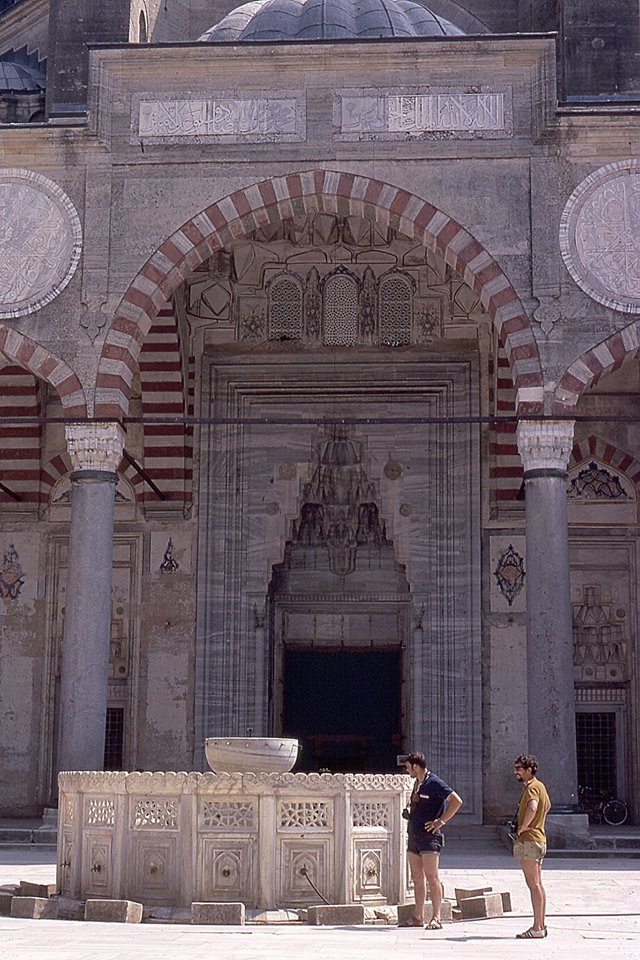 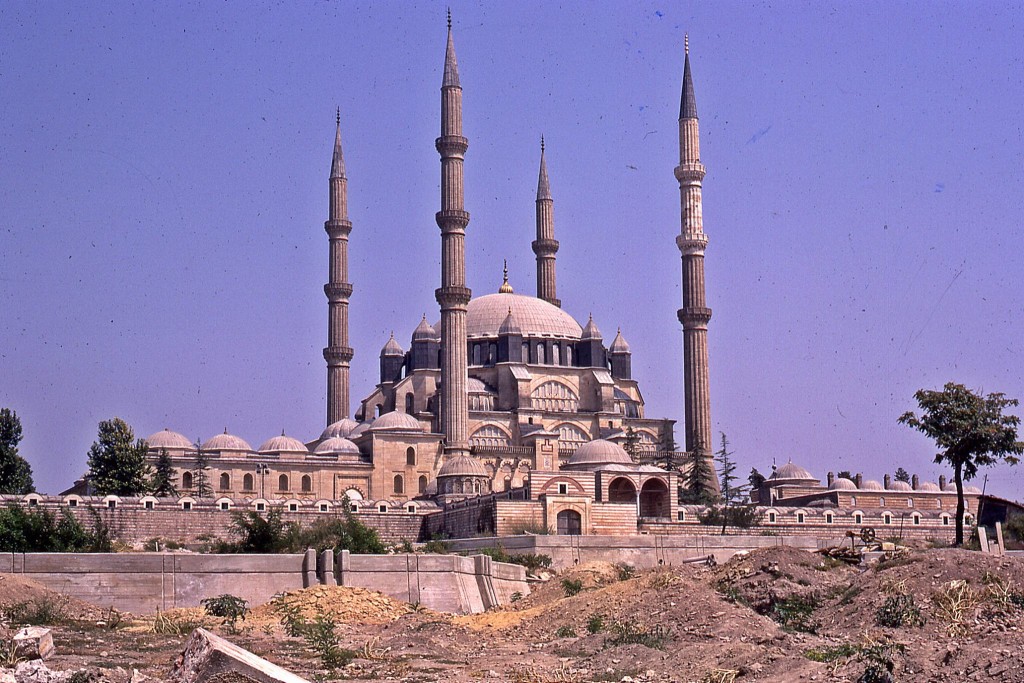