We spent a very quiet and restful day apart from a brief trip into Tehran to pick up photographs and fill in the necessary forms for our visas for Pakistan, seven forms in all. While we were in the city we sampled a couple of pints of beer and a sandwich.

At about seven in the evening we met up with the three lads in a Land Rover. On telling them about the Pakistan visa they decided that rather than wait here they would carry on to Mashed and acquire theirs there. There was also a coach load of Danes camped up for the night.

Note, you might get fed up of watching us swim for the next few days?

You might also wonder why so few photos or may be the variety. First, no digital cameras and colour film was expensive. Second, we didn’t have a nominated expedition photographer, about five of us had cameras and at the end of the expedition we each pick our best pictures, we needed about 100 for a slide show, we dropped out any duplicate subjects and added from those we initially left out to give the side show some form of continuity. A slide show would last about an hour and a half depending on who was talking. This Facebook slide show is going to last 152 days! 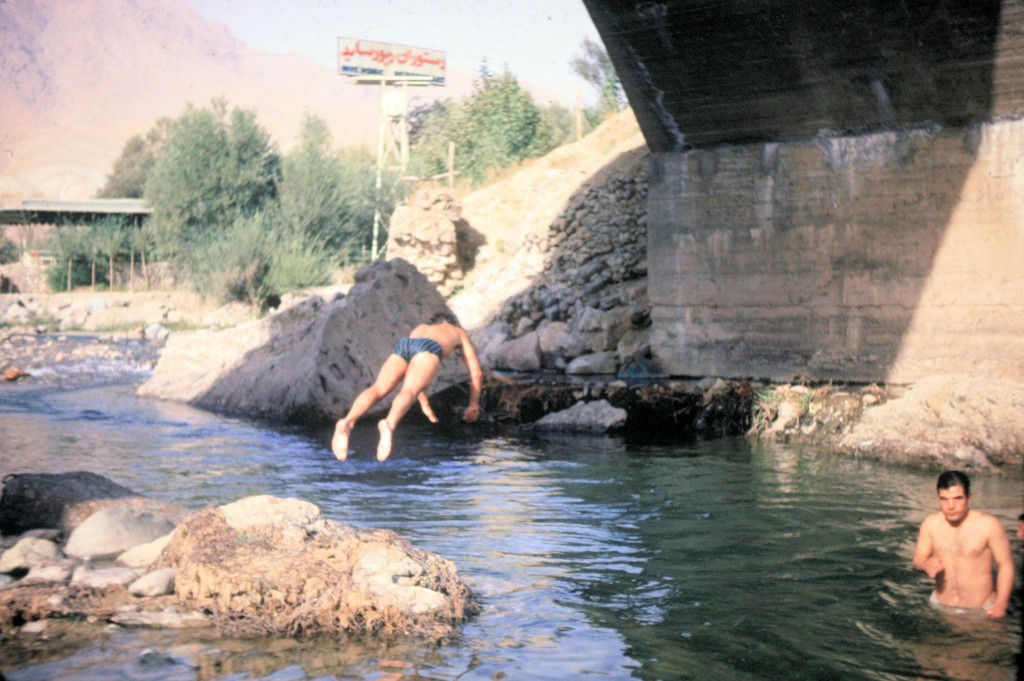