We had an early start this morning because we had to be at the Pakistan Embassy by 11 o’clock. However, before we set off Johnny and myself managed a swim in the noddy as it may be the last we get for quite a while.

We reached the Embassy about three quarters of an hour late but we got our passports back without any trouble. Johnny was told after a considerable amount of messing about with one or two of the lads giving him some support that he could have his traveller’s cheques at 5 o’clock in the evening. This left us several hours to kill which we spent in a local boozer.

By the time we reached our camp again it was quite late so we had a hurried tea then straight to bed for an early start in the morning.

The weather as usual was very hot and sunny.

At the time India and Pakistan were to say the least not very friendly with one another. I think it was because we were traveling through Pakistan into India. I remember in all the Indian Post Offices in the foothills there were big posters on the walls showing all the silhouette of Pakistan planes and instruction of what to do if you saw one.

BTW Bob did you have to get a bond for your vehicle? We had to get one for the bus, I think it was about £2,000. Keith Summerfied was that only lad who had that much money in the bank at the time, so he said he would stand the bond and it went into his passport. I think this was to stop us from selling the bus with out paying export duty, or something like that. 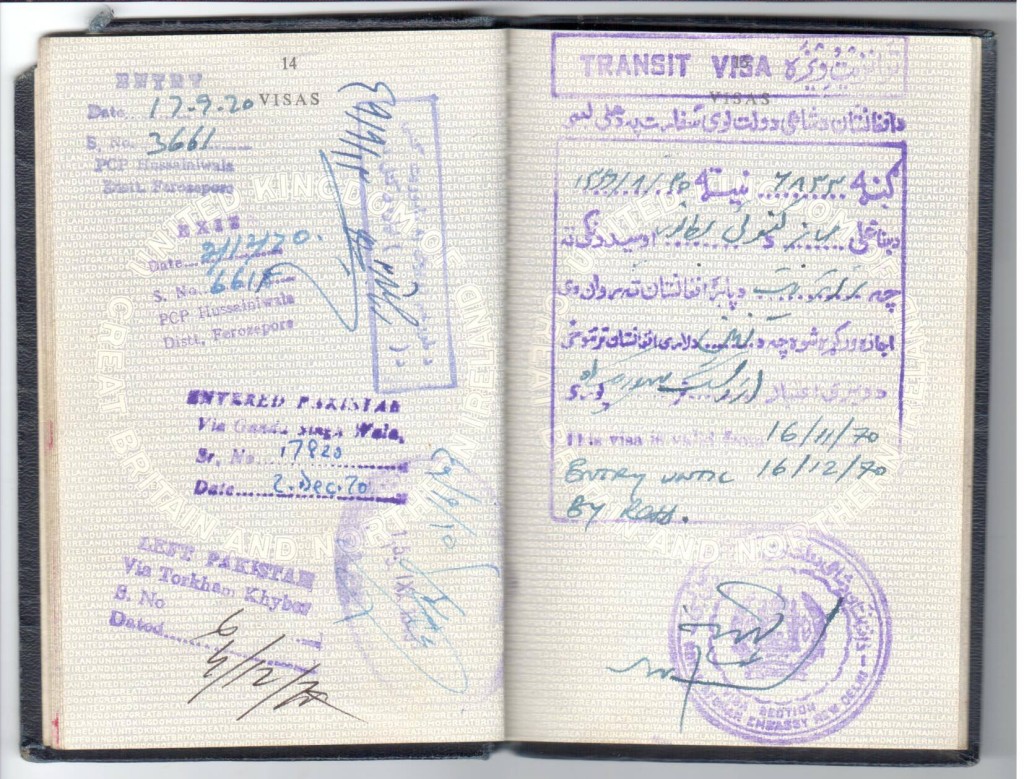