The Earby Pump has achieved fame – used and copied by others here and abroad. Originally designed to drain the Ireby sump, it was later used in Bruno Kranski’s helping establish the Three Counties connection.

It’s simple, low cost construction has established it firmly as a top of the range digging weapon!

It’s construction was explained in Descent in this glowing testimonial from Andy Walsh! 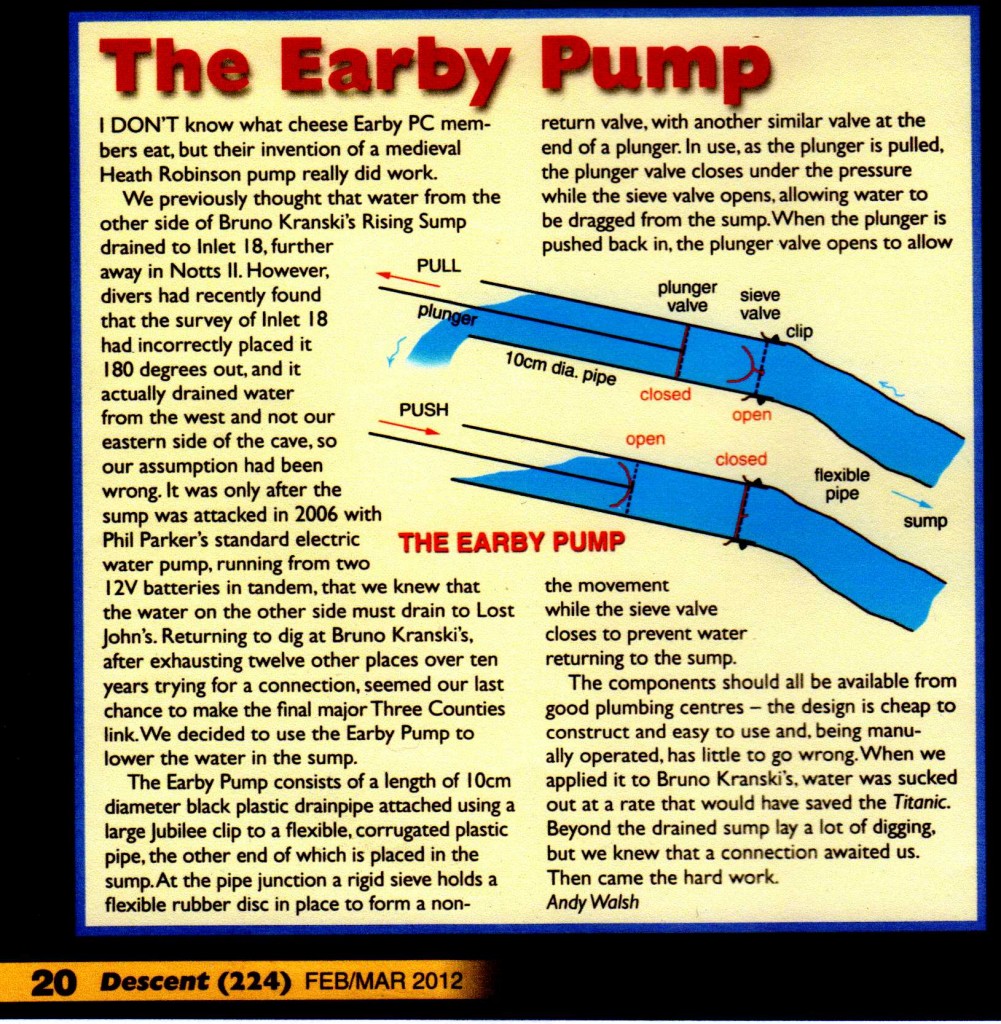 Our next not so secret weapon probably wouldn’t  have helped with the Titanic, as you do need a head of water for any siphon to work!

Less well known, and yet has probably removed many more thousands of gallons of water from sumps than the Earby pump ever will. Again it’s construction is simple, yet highly effective. It’s lack of fame can only be explained by the fact that it hasn’t been involved in such high profile breakthroughs – yet!

The Earby Siphon has been used on pipe sizes ranging from 30mm to 4″ drain pipe.

Usually the biggest problem with siphons is getting them started, the Earby Syphon solves this problem simply by drawing air from the pipe at the highest point.

A small bore clear plastic pipe (the sort of stuff used on beer pumps) is attached with a valve to the highest point of the siphon via a t-piece or chamber. This is then attached to a cheap handpump, the sort of thing you’d use to blow up an airbed.

The upstream end of the pipe is placed in the sump, and the downstream end, with a second valve fitted, is placed as far downhill as possible. This valve should be closed to start with.

We reckon we could empty an olympic swimming pool with this one in ten or twenty minutes!

This badly drawn (by me) diagram may or may not explain further! 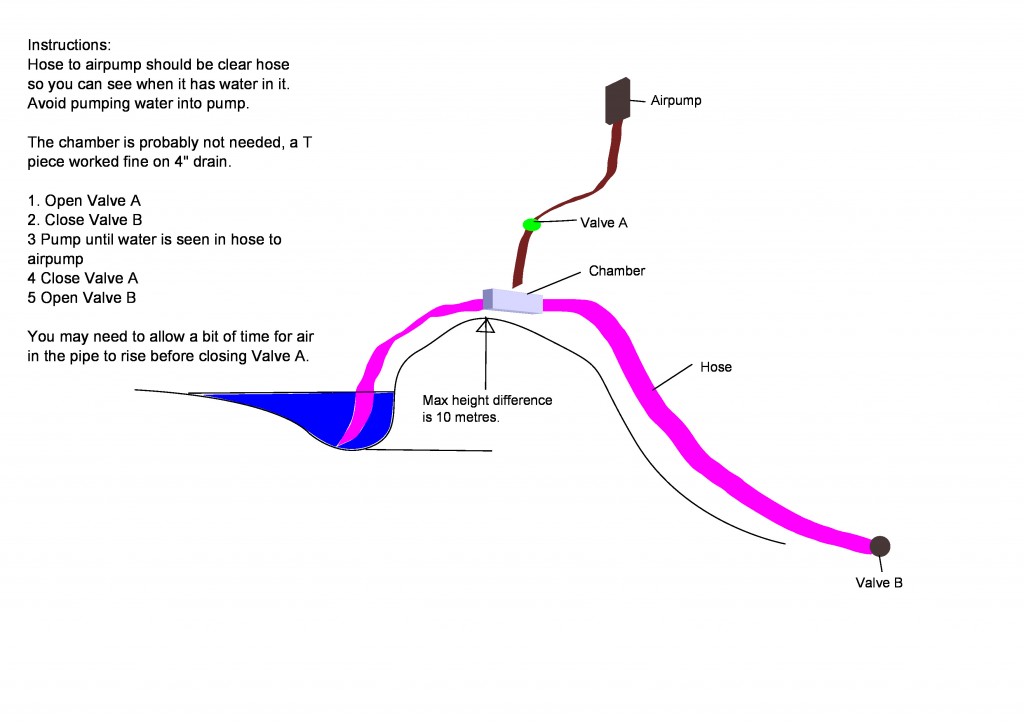 At the time of writing the Earby Siphon is being used with 30mm pipe to drain the far end of Nappa Scar Cave, allowing dry digging to continue.

Not all Earby inventions have been so successful:

Cunningly conceived by our very own Geoff Blair in Summer 2013 the Bottomless Wheelbarrow is carefully designed to minimise the strain on the wheelbarrow operator by allowing any debris deposited in it to fall straight out again.

The Bottomless Wheelbarrow is best used by placing it directly over the area you want to accumulate the spoil in, this saves the bother of having to move it again afterwards. Unfortunately this design feature rather negates the point of using a wheelbarrow at all.

It should be noted that Geoff actually went to the trouble of dragging this device up a fairly steep hill for test purposes!

Sadly, after just one attempt at use, the Bottomless Wheelbarrow was itself consigned to the Nappa Scar spoil heap, where it has since been studiously ignored.